Top UFC heavyweight Ciryl Gane proved he’s a multi-talented athlete when he took part in a charity match alongside some of the biggest names in football. Before he became one of the best MMA fighters on the planet, Gane spent much of his time playing football and by all accounts, he’s actually pretty good. So, when the opportunity came to partake in the ‘Match For Heroes’ between Marseille legends and Team UNICEF, and be coached by former Arsenal boss Arsene Wenger, he took it with both hands. 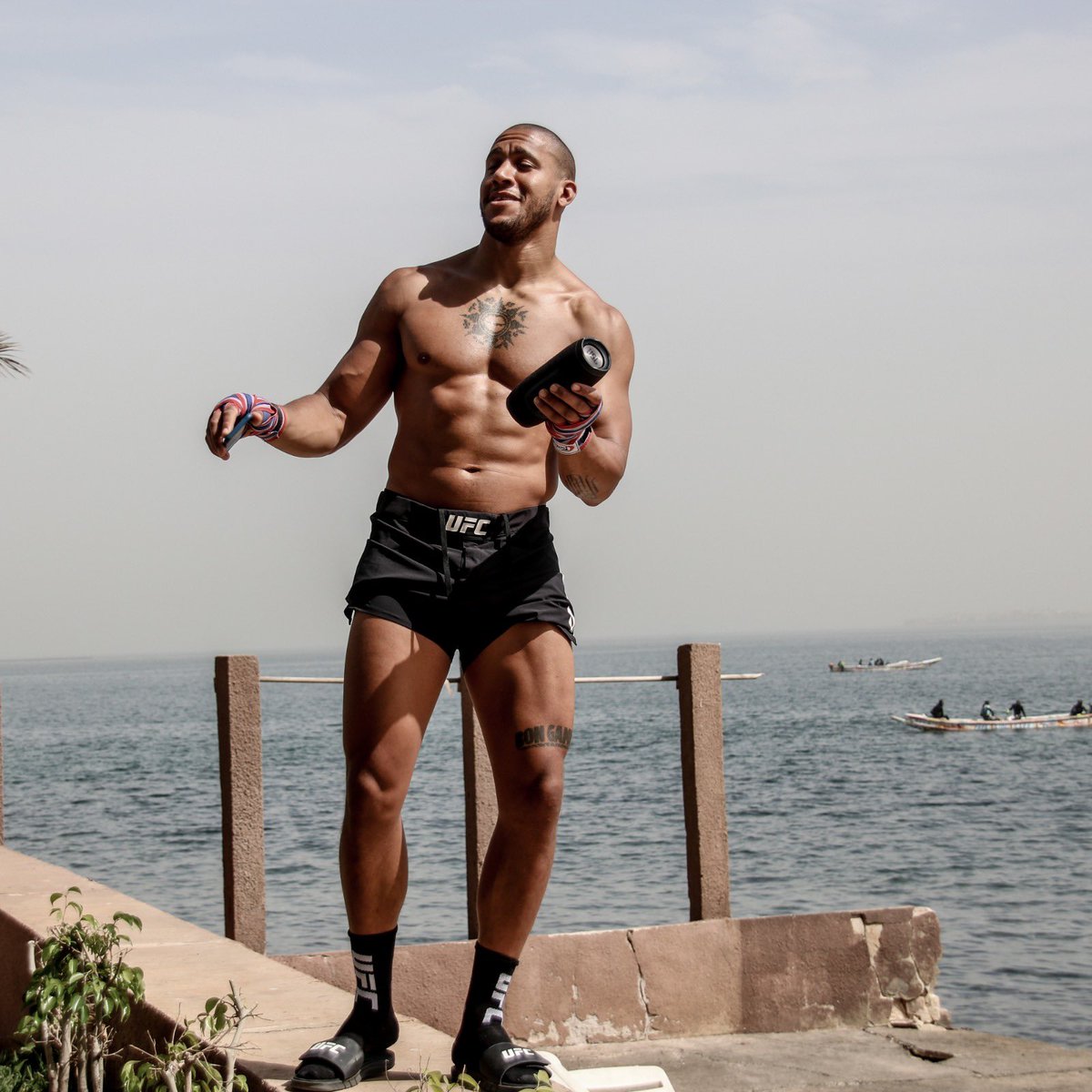 ‘Bon Gamin’ got the chance to show off his skills alongside former Premier League stars Didier Drogba, Jens Lehmann, Esteban Cambiasso, Robert Pires, Marcel Desailly, and Samir Nasri in October 2021. The 6ft 5inch knockout artist clearly impressed and was invited back for the next match which took place in May.

Gane, who is surprisingly nimble on his feet for a big man, shocked fans by showing off his fancy footwork during a mazey midfield run. Later in the game, he did something much more predictable when he left one of the opposition players in a heap on the floor after they went body-to-body for the ball. Away from football, the former interim heavyweight champion is set to headline a historic card when the UFC heads to France for the first time ever.

It’ll be a landmark event for the promotion, who are trusting Gane to headline in Paris against the always dangerous and entertaining Australian Tai Tuivasa. Gane is looking to get back to winning ways after falling short in his bid to unify the heavyweight division when he fought his former teammate, Francis Ngannou, earlier this year. Prior to that, the 32-year-old was unbeaten in 10 MMA fights and had picked up several high-profile wins over top fighters like Derrick Lewis, Alexander Volkov, Jairzinho Rozenstruik, and Junior dos Santos.