Chelsea great Didier Drogba has said that Mohamed Salah had approached him during their time together at Chelsea, where he struggled to find form in front of goal. The Egypt international eventually had to pursue a fresh challenge elsewhere after he managed just two goals in 13 top-flight games. 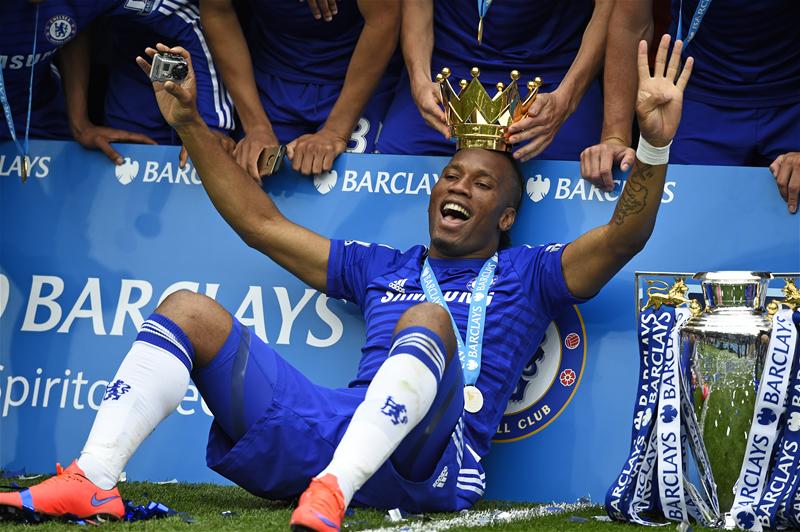 In a report covered by The Sun, the Ivorian praised the progress of Salah over the years whilst revealing that Salah wanted a piece of advice from him in his early career, he said: “He’s unpredictable he can dribble past you easily and he has got stronger and he can score goals. There was time when he was texting me, “I don’t score, I don’t know why”. I said, “It is just a matter of time and confidence.” When you have the confidence everything can happen and you can see now that he is scoring goals.”

Salah joined league rivals Liverpool on a club-record deal from AS Roma in the summer, and he has since excelled in the Premier League, contributing 15 goals in just 19 appearances. The attacker has also taken his tally over the 20-goal mark in all competitions, thus becoming the first player since the 2013/14 season to achieve the feat for the Merseyside club.

Liverpool claimed a 3-3 draw in their recent league meeting versus Arsenal, and this sees them occupy the fourth position, which should be their minimal aim as they seek to qualify for the Champions League in back-to-back seasons.

With Salah in their ranks, the Reds could make a push to win the elite European competition this term, but they are no one’s favourites to push for the final four and beyond owing to their vulnerable defence, especially on the road. Salah has been a regular starter under Klopp during the festive period, and he could potentially be rested when the Reds host Swansea City in the Premier League on Boxing Day.